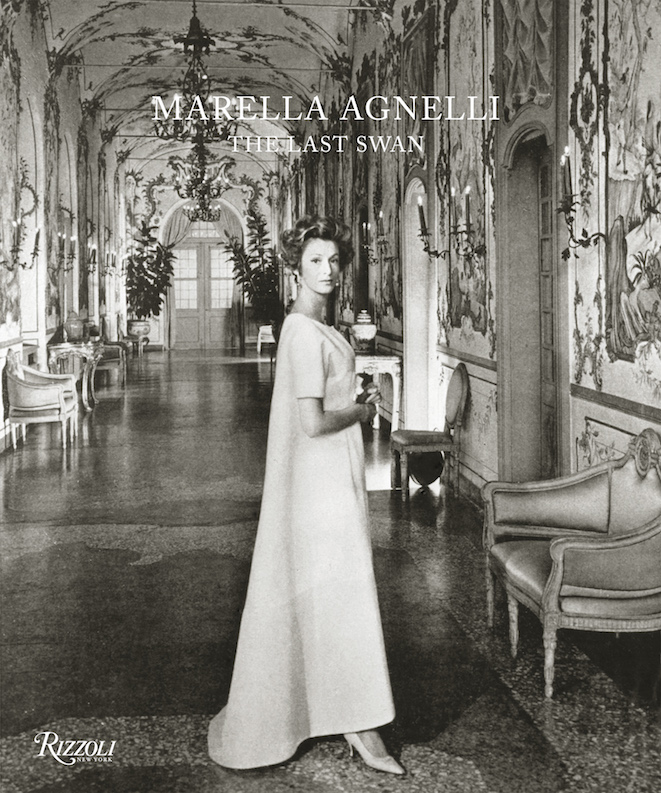 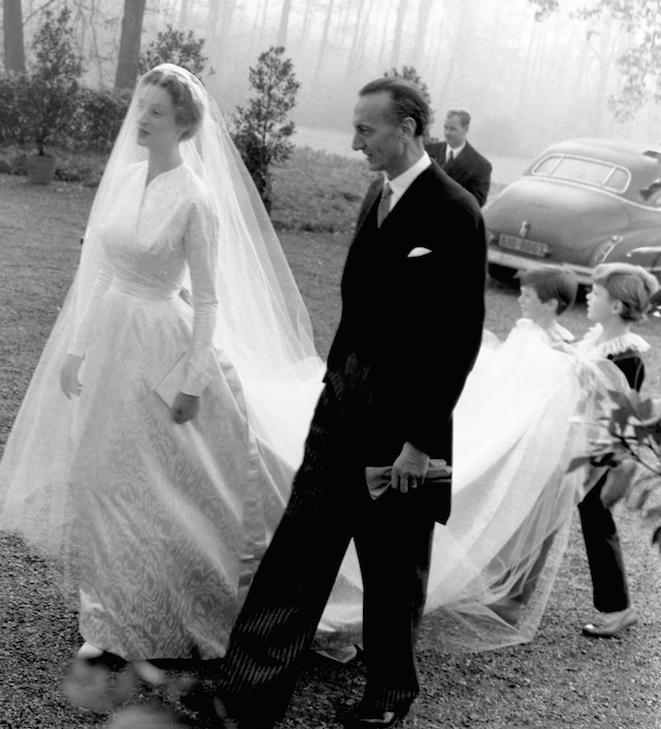 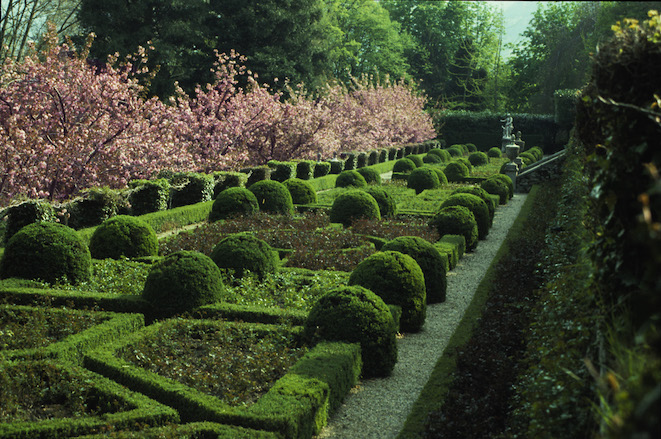 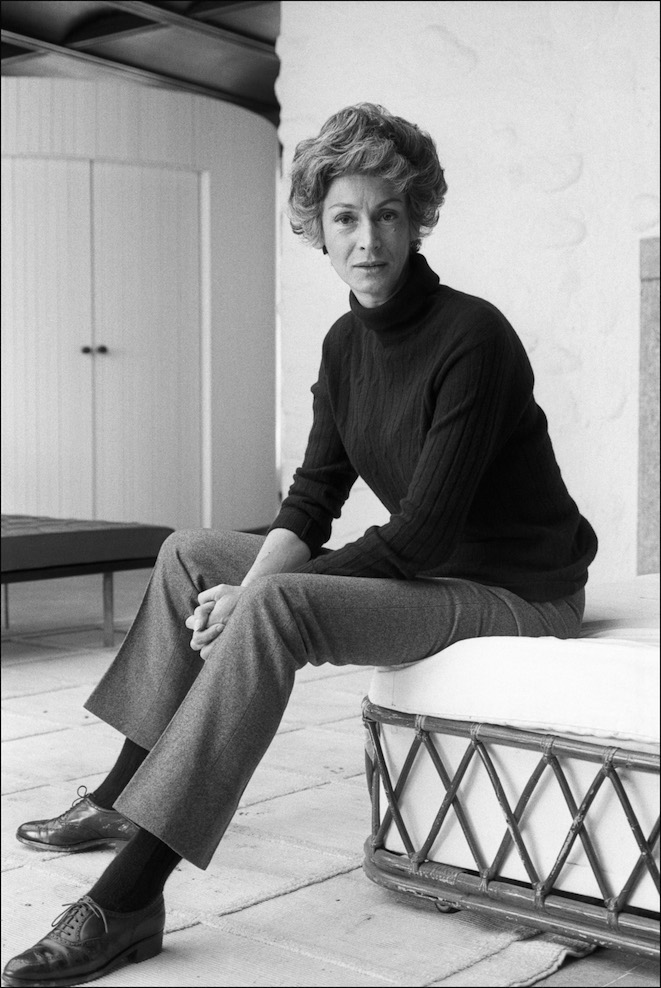 Style legend Marella Agnelli has had an almost unimaginably glamorous life, and recently felt that the time was right to share her memories, achievements, and joys in a book imagined with her niece Marella Caracciolo Chia. The Last Swan is a riveting story of personal memoirs and anedoctes, and an unprecedented tour through the homes and gardens that have provided the sophisticated settings for her beloved family and many friends. Nicknamed “The Swan” by Richard Avedon when he photographed her iconic portraits in 1953, Marella Agnelli was not only one of the great beauties of the last century, but also the most elegant and cultured of that exclusive club which famously included Babe Paley, Gloria Guinness, Slim Keith and C.Z. Guest among others. Born the Neapolitan princess Marella Caracciolo di Castagneto, she became Marella Agnelli in 1953 upon her marriage to Gianni Agnelli, the Fiat industrialist. However, the innate style for which she is internationally revered dates back to her New York internship with photographer Erwin Blumenfeld, and her time as a Vogue contributor in the 1950s and 60s, when she also appeared in its pages. One of the most photographed women of jet-set society, Marella was captured not only by Avedon, but Irving Penn, Henry Clarke, Horst, and Robert Doisneau, among others. In the fifty years of her marriage to Gianni Agnelli, Marella has collaborated with outstanding architects, designers, and gardeners to create homes in the mountains, by the sea, in the city and the country, and on both sides of the Atlantic. With Italian interior design legend Renzo Mongiardino—who worked on her New York apartment alongside a young Peter Marino—to Gae Aulenti, the important Italian architect, who designed homes in Milan and Marrakech—Marella Agnelli created a series of extraordinary houses and gardens, full of timeless elegance, invaluable art, and groundbreaking decorating ideas. Shot by legendary photographers including Eric Boman, Oberto Gili, François Halard, and Marina Schinz, many images are being published in The Last Swan for the first time. With residences ranging from classic villas to ultramodern apartments, Mrs. Agnelli’s impeccable taste shines through in all of these gracious homes. Much more than a personal memoir, Marella Agnelli: The Last Swan is a must for anyone with a love for a bygone era of pure glamour, for anyone who appreciates extraordinary home and garden design, and for those with an interest in how Marella Agnelli’s life and style have evolved over six decades. 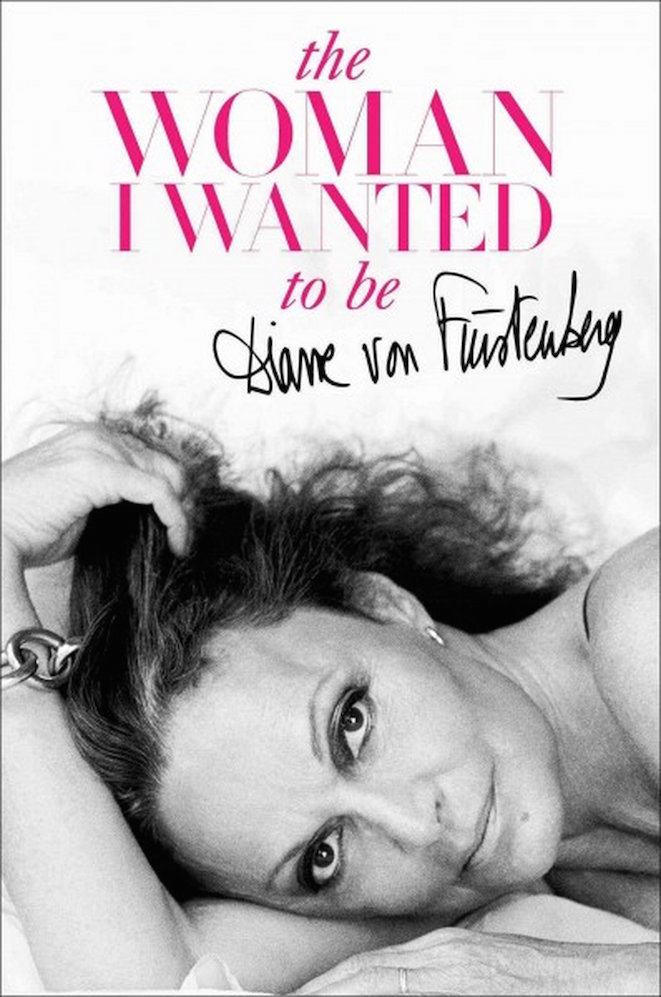 Much more intimate is the story told by an American fashion designer Diane von Furstenberg called The Woman I wanted to be. She shares her hard – won philosophy on aging, style, and inner confidence.

“Aging is out of your control. How you handle it, though, is in your hands. When I was a girl, I always wanted to be older than I was. I knelt next to my father in the car so that people would think I was a grown-up. I scratched my cheeks with my nails because I wanted to have a lived-in face like the French movie star Jeanne Moreau. I always looked older than my actual years, so much so that when Newsweek put me on the cover in 1976, the editors didn’t believe I was 29 and sent a reporter to check my birth certificate. I started my adult life at 22, married a prince, had two children by the time I was 24, and a successful financial life by 30. Looking back, I realize I was pretty in my late 20s, but I didn’t really think so. I knew how to enhance what I had, highlighting my eyes and cheekbones, playing with my hair and my legs, and acting with confidence. I knew I was seductive, but I never thought I was beautiful.