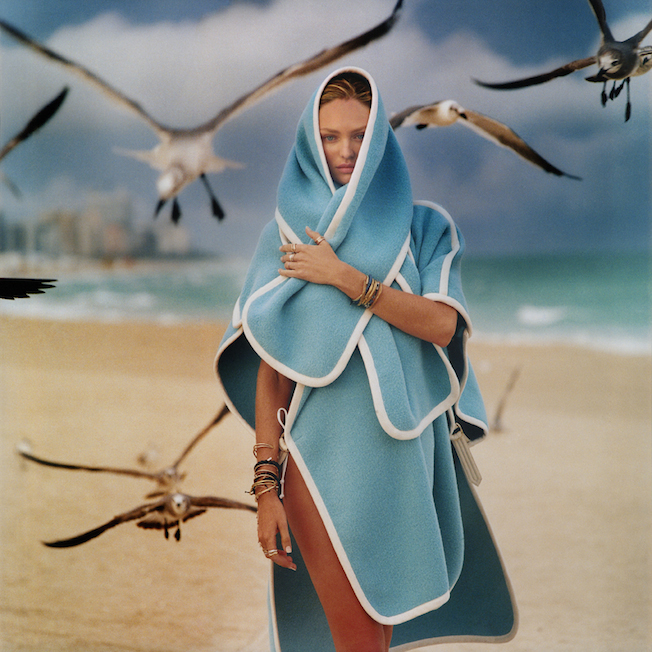 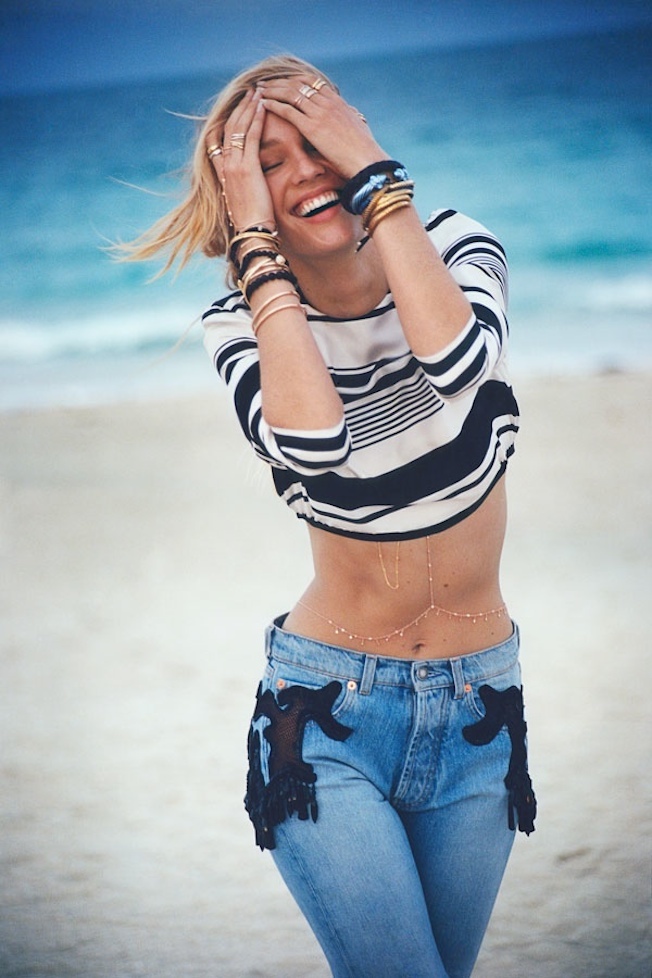 Discovered: Shopping in a flea market with her mom in South Africa when she was 15.

Childhood Hobby: “I studied ballet when I was growing up. It has helped a lot with modeling because I think about all parts of my body, from my fingers to my toes.” 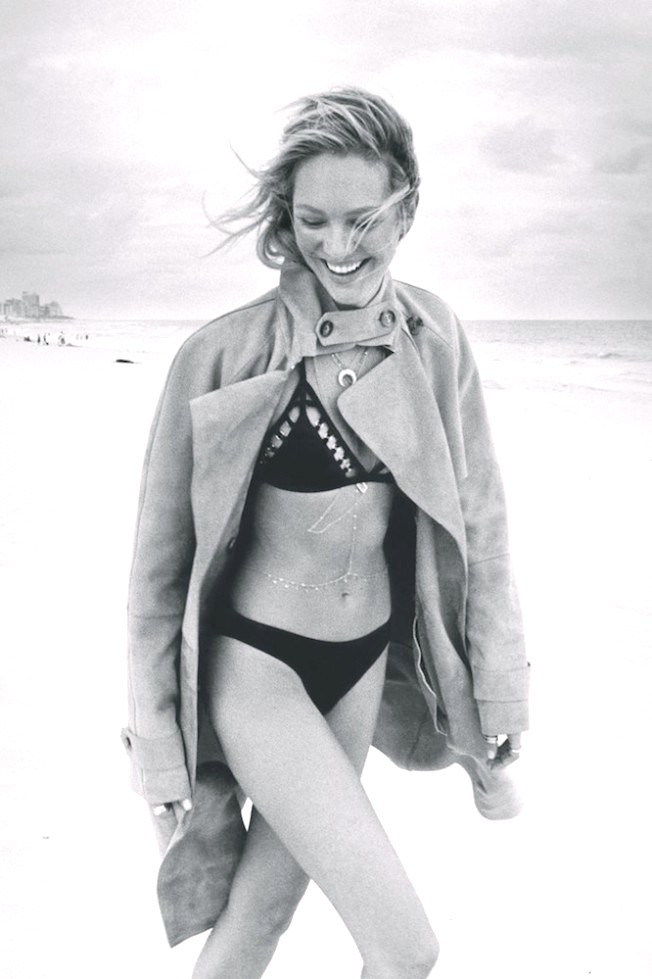 If She Weren’t a Model: “I think I would have continued with ballet, or maybe I would have become a vetrinarian.” 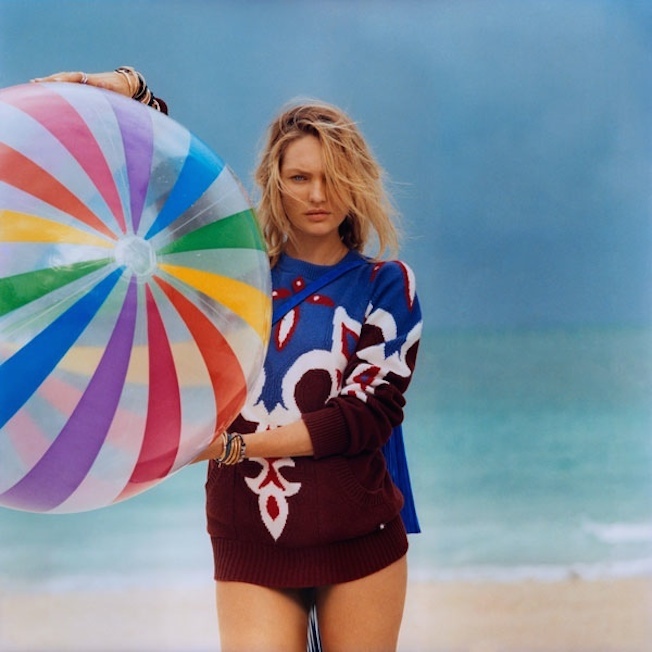 On Being a Victoria’s Secret Angel: “It comes with a different kind of responsibility. It’s not just about posing for shoots. People know your name and your personality.”

Personal Style: “It depends on what side of the bed I wake up on. Sometimes I like being hippie or rock-and-roll or girly. I tend to wear a lot of jeans and white T-shirts–I buy really simple clothes but splurge on handbags, shoes, and jewelry.” 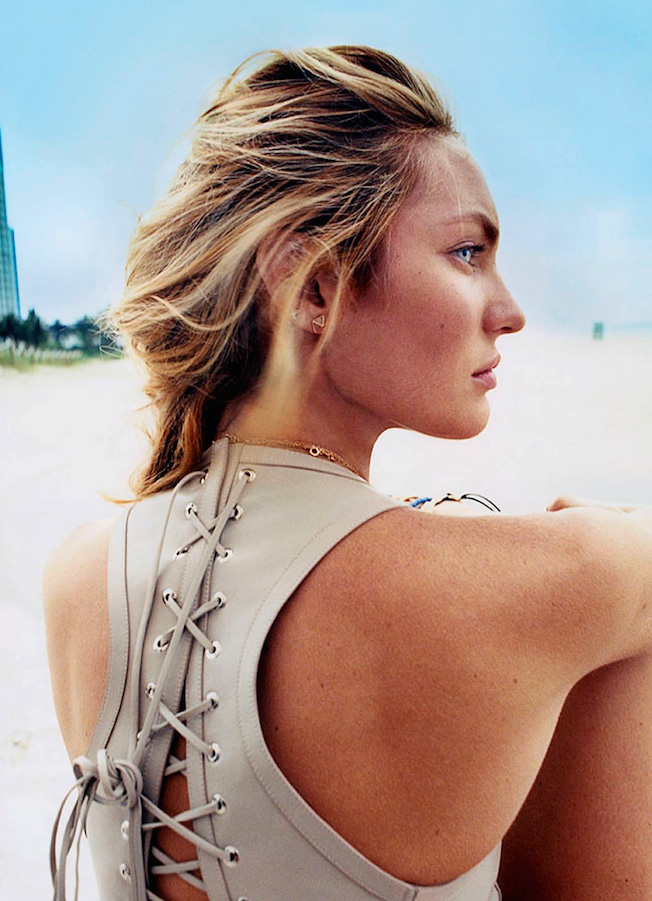 Hidden Talent: “I’m very good at pretending that I am not nervous!”

Workout Regimen: “I swim a lot and play beach tennis.” 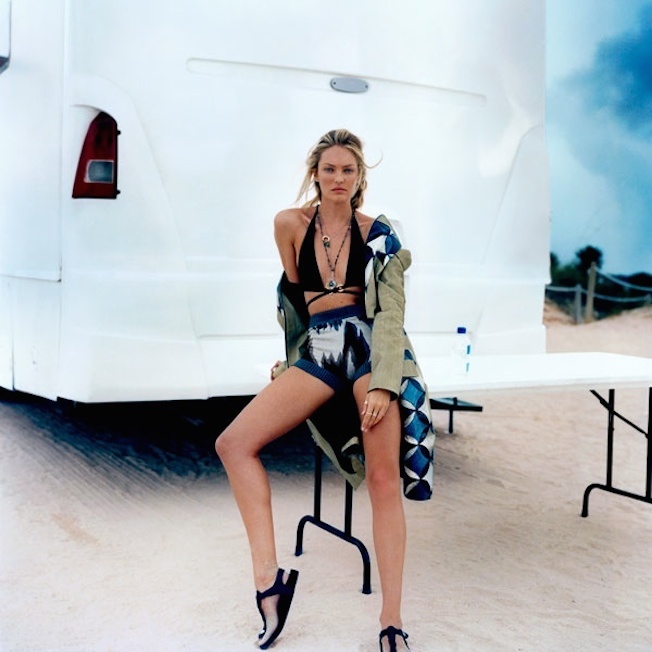 On Her Bucket List: “I would love to travel to North Africa, Thailand, Indonesia, and Vietnam.” 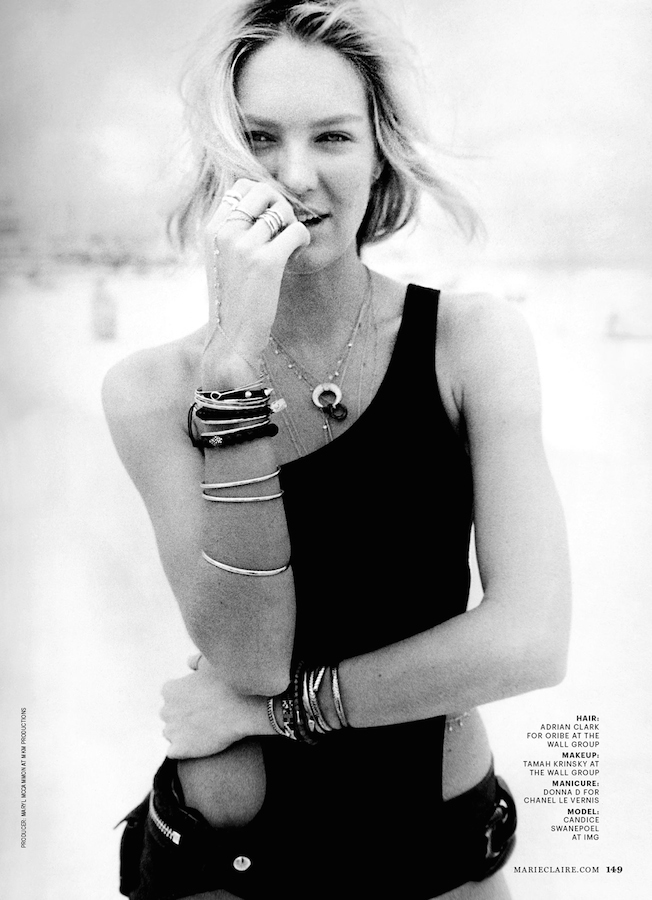 Biggest Fear: “I am afraid of spiders, but other than that, I am kind of an adventurer.” 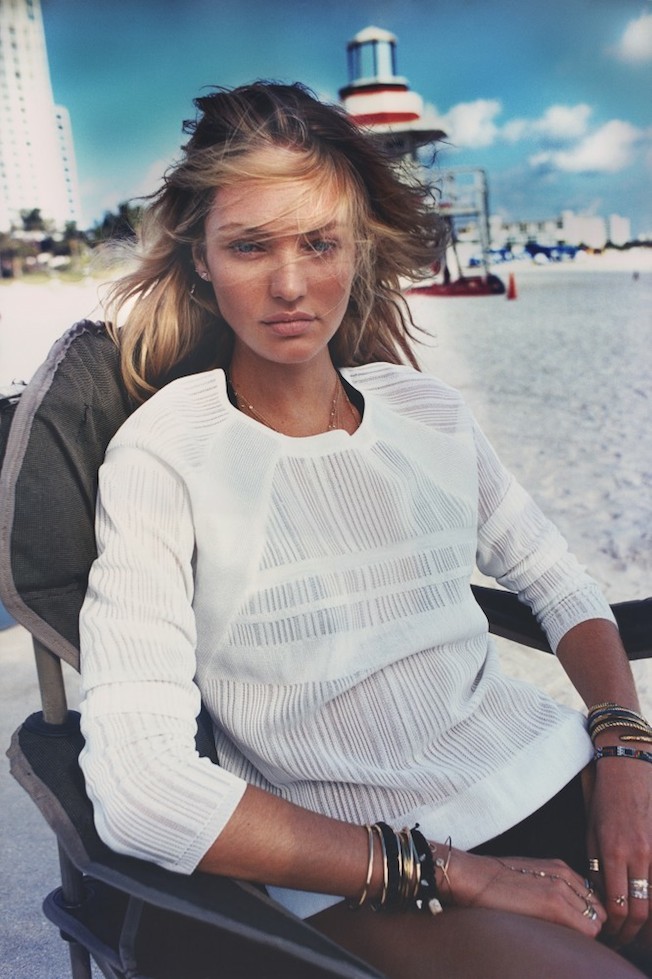 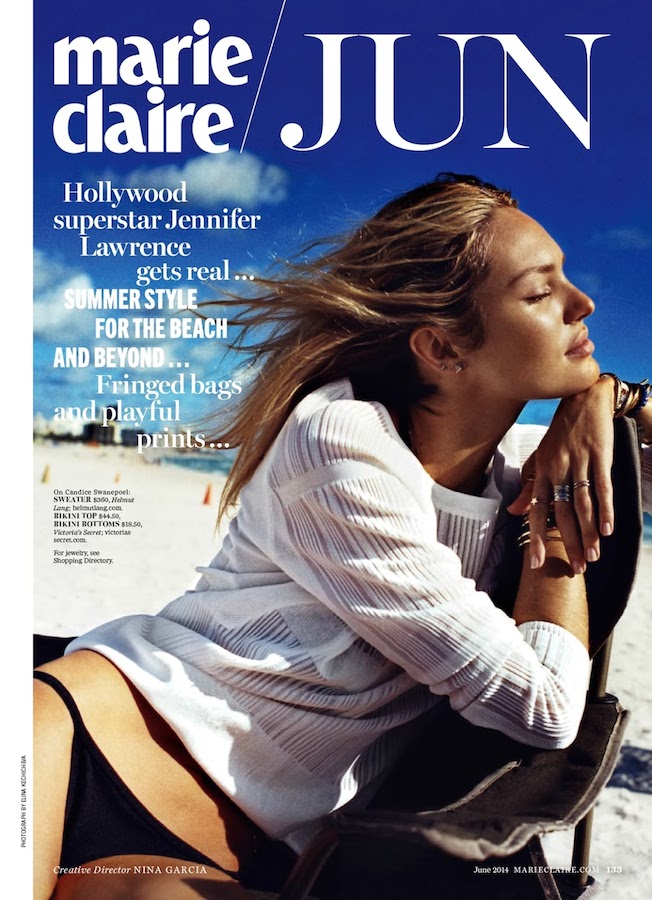 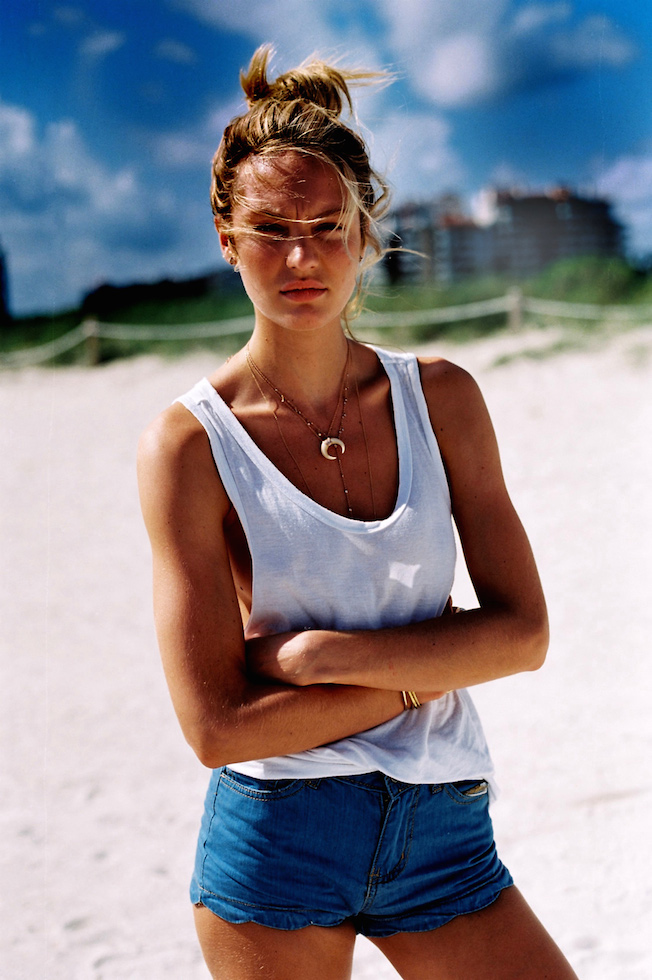 Top Model Candice Swanepoel is photographed in Miami by Bulgarian photographer Elina Kechicheva. Elina was one of the most successful Bulgarian models working abroad and eventually relocated to Paris. After ending her modelling career  she became a photographer with numerous covers and editorials for international magazines. Loving her work with Candice.